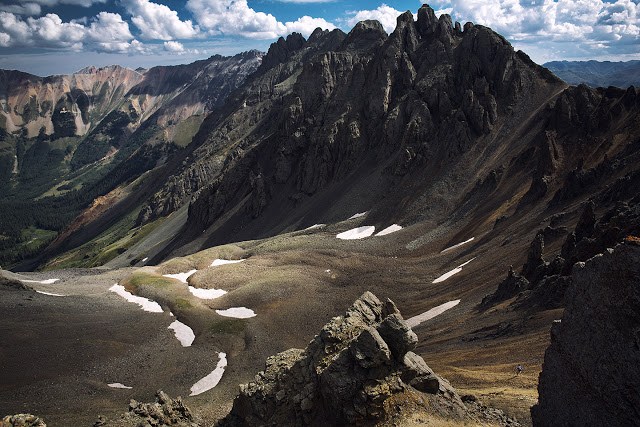 Wales and GB international Rob Samuel pulled off the biggest win of his career on Saturday, as he won Britain’s toughest marathon. The 25-year old led majestically over the final 6 miles of this iconic 26.2 mile event to win in 2hrs 36 mins and 45 secs…

With a line-up of international endurance runners that many a UK marathon would have been proud of, the 29th running of the Snowdonia Marathon Eryri was destined to be a superbly competitive event, and it was

“This is crazy. I mean I am in good form, but I can’t believe that I have won. It means so much to take my first marathon win here at the Snowdonia Marathon, in front of such a fantastic crowd and on my ‘home turf’.”

After three years of stormy conditions and heavy rain the organisers were hopeful of some respite for the runners (who came from 14 countries). But as the race got off at 10.30am, started by First Hydro’s Brian Tindall, rain and high winds were already the order of the day and over the next 6 hours the unpredictable Snowdonian weather took hold with torrential rain, gale force gusts and hail all adding to the spice of this event which lived up to its billing as the toughest and most scenic in the UK.

After three years of stormy conditions and heavy rain the organisers were hopeful of some respite for the runners (who came from 14 countries). But as the race got off at 10.30am, started by First Hydro’s Brian Tindall, rain and high winds were already the order of the day and over the next 6 hours the unpredictable Snowdonian weather took hold with torrential rain, gale force gusts and hail all adding to the spice of this event which lived up to its billing as the toughest and most scenic in the UK.

Nearly 2000 runners set off from just outside of the village of Llanberis, now considered the ‘outdoor capital of Wales’ due to the preponderance of sporting events over the course of the year. However, it is this historic event which is perhaps the toughest, due in part to the unpredictable nature of the weather in this part of Wales at this time of the year.

But the elements were not to deter these intrepid competitors, and following the race all talk has been of a superbly organised event, testimony to the organising team and their dedication to this classic event on the Welsh sporting calendar.

Speaking about how the race unfolded, Samuel added:

“I felt really good in the first half of the race, and I knew I had to watch Richie (Gardiner), and it was just two of us pushing it on from about 11 miles onwards. We got to about 19 miles and felt like I should make an effort and started to get a gap.

The last three miles over Bwlch y Groes are tough, no matter how good you feel and coming off the descent I fell over as I was wearing racing flats, but luckily no damage was done. I then just put my head down and went as hard as I could into the High Street and, well, the feeling coming up the finishing straight with the crowd going mad was amazing”.

With 2010 winner, and recent gold medalist at the Commonwealth Ultra Trail Championships, Richie Gardiner taking to the start line, all talk was of who could stop the Aberdare man taking a second straight win. However, 55km of tough Anglesey trails and the Cardiff Half Marathon over the last four weeks would ultimately take their toll on the Welshmen, as he eventually finished in third place.

“That was tough”, said Gardiner after the race, “but I am glad that I came bag to defend my title. It just wasn’t to be today and to be honest my thighs started to stiffen up after about 8 miles, and though I led with Rob til about 19-20 miles I knew it wasn’t going to be my day. But hey, that isn’t taking anything away from Rob today, he ran a great race.”

The South Wales policeman obviously has a love for this race now, as he has vowed to return in 2012. “Oh yeah I’ll be back, if you’ll have me”, he concluded.

Splitting to two Welsh runners was Scot, Murray Strain. After finishing second at this year’s Snowdon Race, he ran very strongly for yet another runner-up spot in north Wales. The GB international orienteer was running his marathon debut and also found the conditions tough, and despite being a seasoned fell runner found the last thigh-burning two miles extremely difficult. Asked if he would be returning to the event his words were “most certainly”.

One notable top 10 finisher was Jez Bragg (7th). The ultra specialist is a previous winner of the famous UTMB race in France and this year finished 4th in the world renowned US 100 mile trail race, the Western States.

Further testimony to the quality of this race was underlined in the fact that all of the top runners ran inside 2 hours and 50, in addition to that fact 8 of the first 12 runners were Welsh. Backed up superbly by Math Roberts in 6th (2.44.07) and Gwyn Owen in 9th (2.49.39), Rob Samuel led the Eryri club to the team award.

The women’s race proved to be a highly dramatic story. Winner Kelly Morgan only hit the front in the last mile, after overhauling Ruth Johnstone (3:12:11) to win by just 39 seconds. Johnstone – returning to the race after giving birth in 2010 and missing last year’s event – had led the race for almost 18 miles, and simply couldn’t descend as quickly as Morgan when it counted.

Storming through the field in the last 6 miles of the race the Pontypridd runner commented,

“I don’t know where it came from! I took it steady in the first half of the race, and afer about 14 miles just ran faster and faster to the finish. I am completely amazed, but very, very happy”.

Her time of 3:11:32 was some 6 minutes outside of the course record set by Christine Howard in 2010. Exmouth runner Ellie Sutcliffe made up the top 3, finishing strongly in 3:13:50.

The quality of the women’s race was also underlined with all of the first five runners finishing within 6 minutes of each other.

“We’re extremely pleased with the event from an organisational perspective”, said race organiser Jayne Lloyd. “and the fact that our winners were of such a high calibre once again cements the event as one of Wales’ premier races.

“The whole organising and volunteer teams were amazing, and we had some great backing once again from our sponsors and partners, especially First Hydro. The high street finish is now a permanent fixture and has certainly added to the event and comments and feedback from the runners have been highly complimentary, despite the weather!”, Jayne concluded.