Kenny Stuart – King of the Mountains 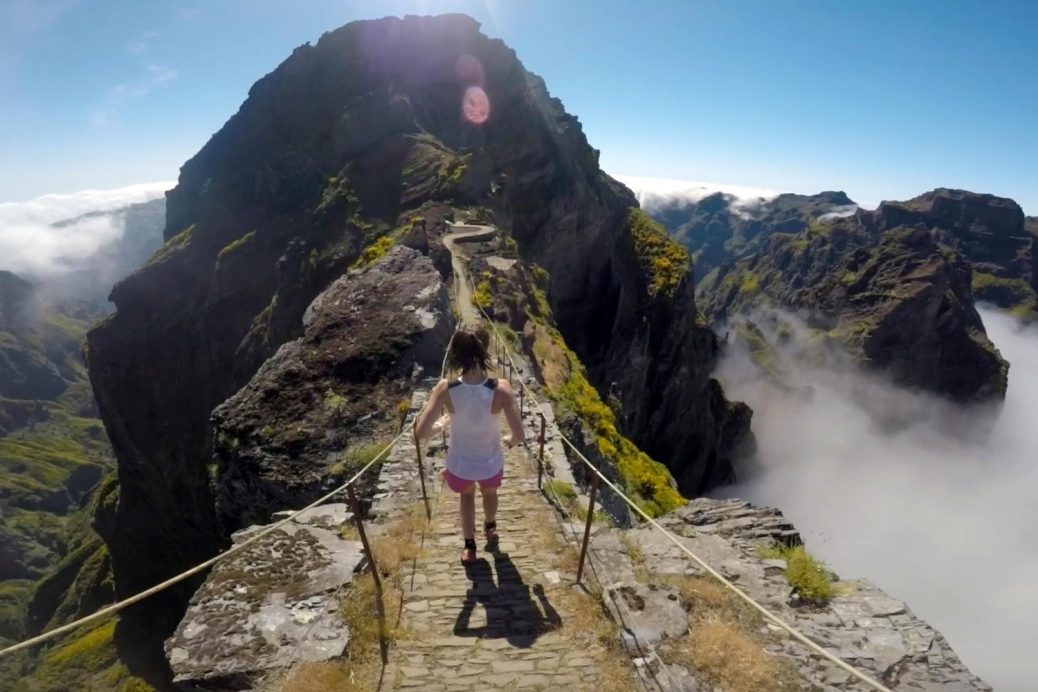 Having been kindly pointed in the direction of this captivating article I thought it would be the done thing to share it with MST readers. An absolutely fascinating piece on one of the most talented fell and road runners in history. With many of his records still standing today Kenny Stuart truly was King of the Mountains!

(Written by By Jim Johnston – UKA Coach Level 4, this article was first published in Northern Exposure, the newsletter of the NIMRA, in 2003)

In the three years between 1983 and 1986 the dominant figure in British fell running was Kenny Stuart from Threlkeld in Cumbria. During this period Kenny swept all before him, becoming the first athlete to win the coveted British Fell Running Championship three times and the first British Champion to win a World Mountain Running Trophy title.

He also set a host of course records in ‘classic’ events such as Ben Nevis, Snowdon and Skiddaw (all of which still stand today). Prior to his reinstatement as an amateur in 1982 Kenny was a very successful professional guide’s racer, winning British titles in 1980 and 1981 (when he won an amazing 30 races from 32 starts). In 1986 having fulfilled all his fell running ambitions, Kenny decided to turn his considerable running talents to the marathon.

He set a personal best of 2.11.36 when finishing second in the 1989 Houston Marathon. Later that year Kenny’s athletics career came to a premature end as a result of persistent allergy problems. Having previously given up his job to concentrate full time on his running career, Kenny then returned to college to study horticulture and is now employed as a horticultural technician.

In December 1985 Kenny married Pauline Haworth and their children Matthew, Emma and Rosie all compete successfully in junior fell races. Pauline was a very successful fell racer in her own right and her career and training methods are profiled in separate article. Early development Kenny’s running career began as a school boy where he represented his school, district and county in cross country races.

Between the ages of 14 and 18 Kenny competed in junior guide’s races, but with only limited success. Kenny attributes this early lack of success to his very slight build, describing himself as ‘a bad runner but very keen!’ From the age of 18 when he started to mature physically his results started to show a steady improvement.

General Training Philosophy
Throughout his career Kenny’s approach to training has more closely resembled that of a cross country runner than a traditional fell runner. This is illustrated in several key areas;

Kenny’s light frame provided the ideal build to support his superb climbing ability which he regards as his greatest racing asset. Many pundits have remarked at his outstanding ability to maintain a running cadence on even the steepest inclines – a fact which was not lost on many a demoralised opponent. During his fell running years Kenny was a gardener by trade and in common with other top Lakeland runners had the difficult task of balancing the demands of a heavy training and racing programme with a physical job.

Kenny has never undertaken any formal structured strength training feeling that his gardening work provided good all-round body strength and mobility (particularly in the hip and pelvic areas). Training for the fells Kenny would generally train twice a day throughout the year. Starting work at 8.00 am, the first session would take place during his lunch break utilising nearby wooded trails.

Finishing work at 5.00 pm in winter generally meant that sessions were on tarmac roads around his home in Threlkeld. At weekends with more time and daylight available Kenny was able to train around the steep grass slopes and rock ridges of the Blencathra range which rise impressively above his home. Winter mileage would generally be around 80 per week.

The actual pace of the repetitions was difficult to gauge given that they were not accurately measured. However, based on split times achieved in later events such as the Great North Run, Kenny now estimates that his mile reps would have been run around 4.20 to 4.30 pace

Racing
Kenny regards himself as a racer rather than a runner consequently he had only one approach to racing and that was ‘all out’. He didn’t believe in easy races and limited his racing programme to avoid mental as well as physical fatigue (he had to turn down the many invites to local races which followed his successes). Although successful across all distances Kenny felt he was best at medium races with steep grassy ascents and descents. He didn’t enjoy rocky terrain and had problems navigating in misty conditions in long events.

Pre-race tapering for Saturday race would commence on Thursday with two 20 min easy runs (3 miles) and one 20 min run on Friday. For important long races the taper might begin a full week ahead and he would also increase intake of complex carbohydrates in the final few days before the race. In his early days he had problems with muscle cramps towards the end of races which he puts down to inadequate tapering.

Kenny is adamant that fell runners should avoid running in the hills in the three days prior to a race.

Pre-race warm-up
This would commence about one hour before the start time by getting out of the car and walking and generally getting mobile for 15 to 20 minutes. He would then jog easily for about 20 minutes and follow this by some light (static) stretching exercises. Kenny would then do some fast relaxed strides for 5 minutes and spend the remaining time staying relaxed and keeping loose. If he is traveling a long distance to a race he would do some flexibility and
loosening exercises prior to starting the journey.

Mental aspects
During long races it is very important to maintain a positive attitude to help block out the inevitable pain. Try to stay in a good mood by focusing on pleasant thoughts such as the pints of cold beer that you’ll drink in the pub after the race! Don’t show discomfort when you are under pressure, always look like you’re in control. Kenny is convinced that he has won races against stronger opponents when feeling awful simply by looking like he was stronger than his
rivals!

Descending
Kenny did not regard himself as an outstanding descender on rough ground, although he felt he could hold his own against anyone on steep grass slopes. He believes that the very best descenders (Billy Bland, Ian Holmes) are born with the naturally quick reflexes, agility and confidence. Kenny does believe, however, that this particular skill can be improved through experience gained descending in races and on long easy runs over rough ground.

The most significant factor is probably ‘confidence’ and this can grow with experience and practice.

Diet
Kenny has always believed in maintaining a high protein intake as part of a runner’s overall diet and this should include eating adequate quantities of red meat. He believes that fell running is more physically demanding than other running events and the need to maintain low lean body weight is therefore critical.

He likens this to the best performing fox hounds who tirelessly work the high fells during the hunting season. He believes that the best way to achieve this optimum physique is through limited overall intake of good quality food including a healthy proportion of protein. Kenny is also sceptical about the current trends in food and liquid intake before and during fell races; he never ate during races and only drank small quantities of plain water in long races in hot weather.

Whilst he would always advise runners to guard against the dangers of dehydration he doubts whether the body of a top fell racer under the severe stress of competition would be able to utilise any food or liquid that might be taken on board during a competition. He also points to the recent reports on the dangers of excessive intake of pure water in hot conditions (hyponatremia).

Kenny has always tried to prepare his body for the specific stresses of competition and this means dietary aspects as well, for example he has experimented by getting up early to do a 20 mile run and only taking two cups of tea prior to the run in order to simulate the conditions of a long race early in the day with limited food and liquid intake.

Advice for aspiring fell runners
Kenny’s advice for ambitious fell racers is to take time to build a training base and include lots of hard fartlek sessions. He also stresses that a fell racing career is a passing phase that will end at some time, so maintain a balance of interests in your life and have an escape door ready in case things go wrong.